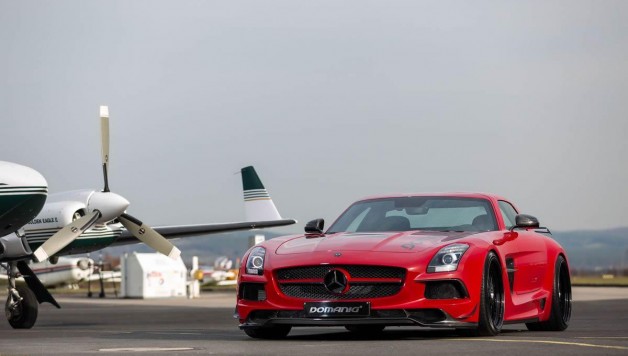 German tuners Domanig have just released their new upgrade package for the range-topping SLS AMG Black Series. Already significantly more powerful and faster than the standard SLS AMG, the Black Series by Domanig receives even more power as well as some visual tweaks.

In stock spec, the 6.2-liter naturally-aspirated V8 engine from the SLS AMG Black Series delivers 631 hp. However, thanks to some clever tuning, Domanig have managed to increase this to a brutal 800 hp. The source or sources of these power gain aren’t entirely known, but you can be assured that the same burbling character of the massive V8 engine from the regular Black Series albeit will be present on an even more brutal level. 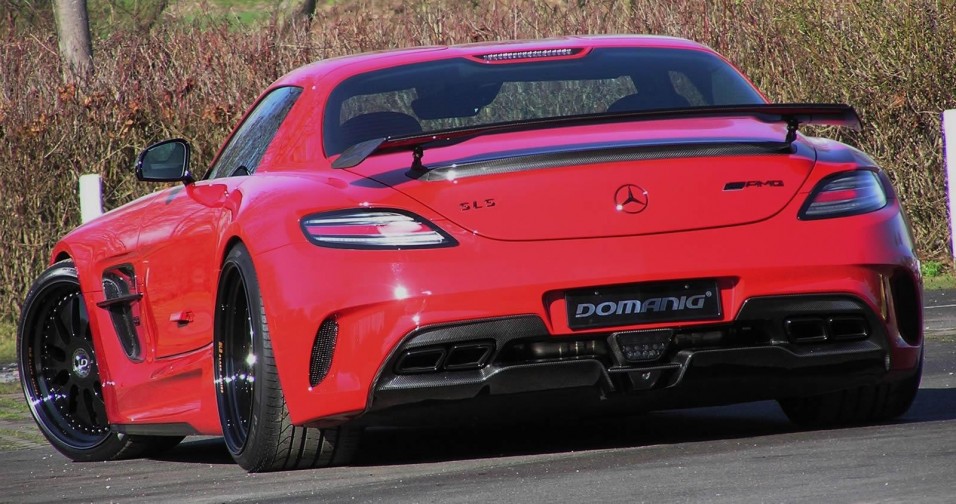 In addition to the engine modifications, Domanig have fitted this bright red SLS AMG Black Series with a set of black 20-inch alloy wheels at the front complete with Pirelli P Zero tyres measuring 285/30 ZR20 while at the rear, the Mercedes-Benz SLS AMG Black Series by Domanig features 21-inch wheels with 325/25 ZR21 tyres.

Completing the lowered look are brand new dampers courtesy of suspension specialists KW. The dampers can be adjusted while an electronic lifting system is also found and controllable through your phone. 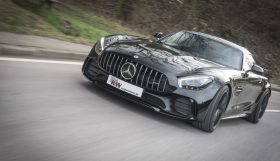 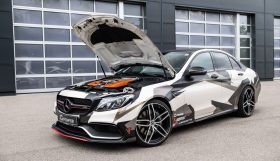 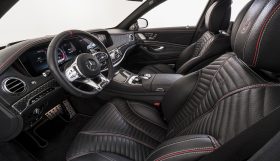 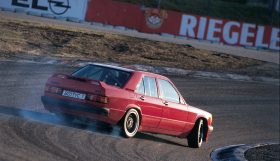