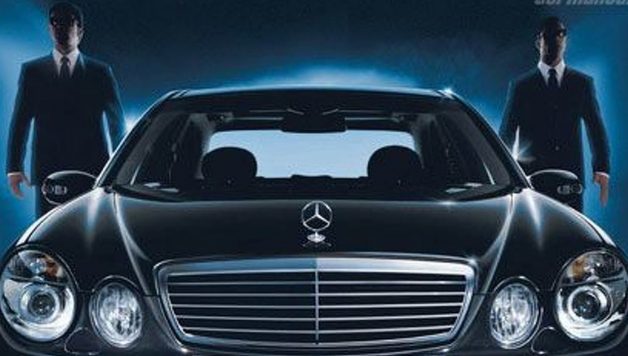 There’s more than one way to check up on the latest news: one is stopping by at pneucity.com, another is watching a good movie: both can show you the best and newest wheels!

Bruce Wayne’s car, in Justice League, will be the Mercedes-Benz AMG Vision Gran Turismo. From the new E-Class Cabriolet, to the Mercedes-Benz AMG Vision Gran Turismo, to the big and imposing 4 × 4² G Class, all will play an important role in the film. It’s only fair that Bruce drives a luxury car such as this, to match his “super power” (aka, being rich). Nonetheless, it’s a perk extendable to his co-workers; and to see Diana coming out of that vehicle is truly a wonder. In a parallel dimension, the bad guys had to take it a step further: Soundwave, one of the Decepticons (Dark of the Moon) is an SLR McLaren, which is much, much cooler!

One of Tom Cruise’s most skilled-but-trying-to-remain-inconspicuous characters on screen (Reacher) drives a C-Class Coupe. It’s a killer scene (mostly for the car), and only a white Mercedes could look this good in the dark (even if it ends up totally ruined). Agent J’s (MIB) E-500 was, of course, black: you can never go wrong with that! Mickey Rourke would agree with this (Sin City). Furthermore, anything able to impress Mr. Bond (On Her Majesty’s Secret Service), has class all written over it. Samuel L. Jackson could add some remarks of his own, after his experience with an SL R107 (Jackie Brown) and a 560 SEL (Die Hard: With A Vengeance). Heck, even Jason Statham, who usually walks in other wheels (Tirendo can fill you in on the details), had his chance with an SEL (Transporter).

Jurassic World presented us with the GLE 450 AMG Coupe, a total surprise, hidden from the crew to the last minute. The Lost World kept up with the Mercedes line, highlighting you can always rely on the brand’s performance, even in the most extreme conditions (whether it’s muddy roads or hungry dinosaurs), assuring you the vehicle endures: the perfect definition of “grace under pressure”.