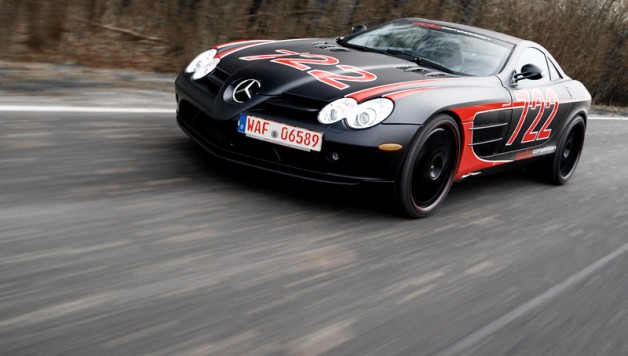 A McLaren SLR Coupe wearing a special flat coating forms the basis for this unique vehicle. The Black Arrow could have been designed for the race tracks of the world, but the modifications go far beyond the flat black exterior. In addition to the new stainless steel high-performance exhaust system, which provides a truly impressive soundtrack, and the new edo 21 in. racing wheels shod in high-performance rubber, the interior has been refinished in black with carbon fiber trim. 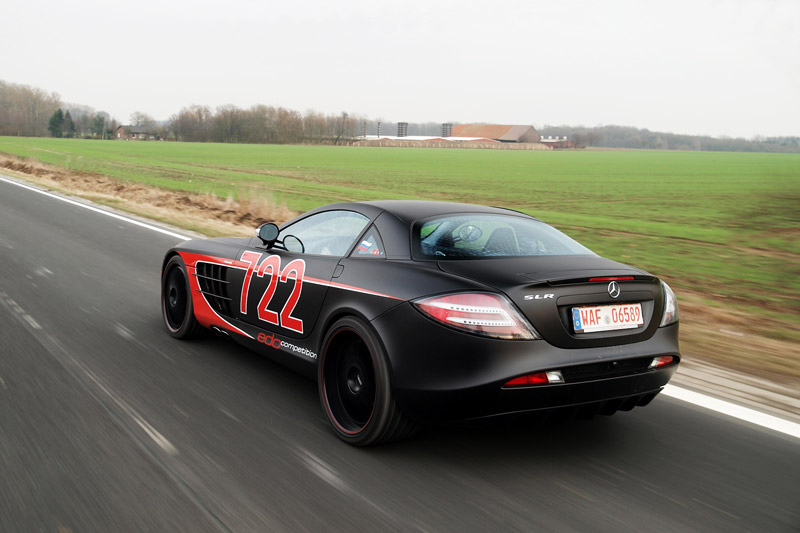 Bucket seats with leather/alcantara skins, the grippy alcantara steering wheel with shift paddles and custom made carbon fiber pieces for the dashboard, center console and door panels add racing flair to the interior. The cabin is further accented with a new custom sound system featuring navigation, phone, TV and iPod integration as well as a reversing camera.

The supercharged V8 engine now puts out 722 horsepower at 7,100 rpm and 890 Nm (656 lb-ft) of torque. In order to achieve these numbers, the supercharger drive ratio was modified and the ECU was remapped to accommodate the hardware changes. A revised intake system, new exhaust headers, high flow catalytic converters and air filters help the engine breathe better. The powertrain engineers used a dynamometer to build new ECU maps and change the on-board diagnostics system accordingly. The result is an ideal tune with perfect power delivery. 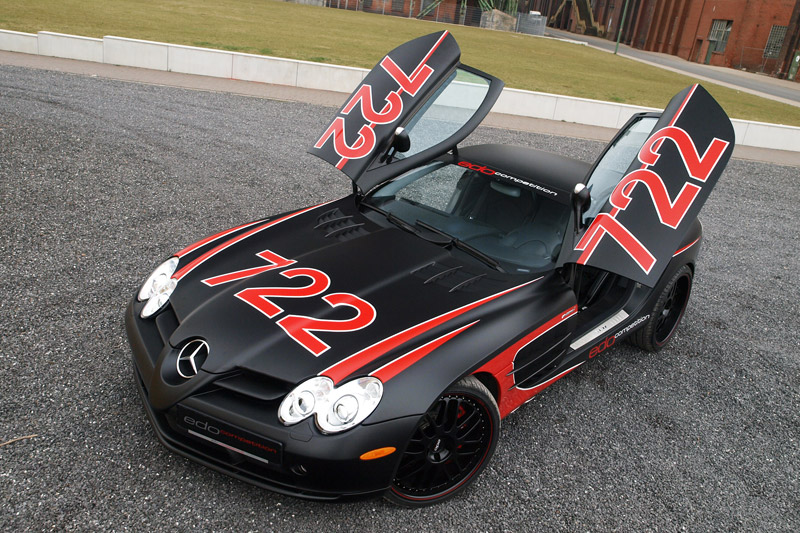 The SLR Black Arrow by edo competition is an exceptionally performance-minded version of the legendary supercar, and with a little luck you might be able to see it at one of the many race tracks of the world. 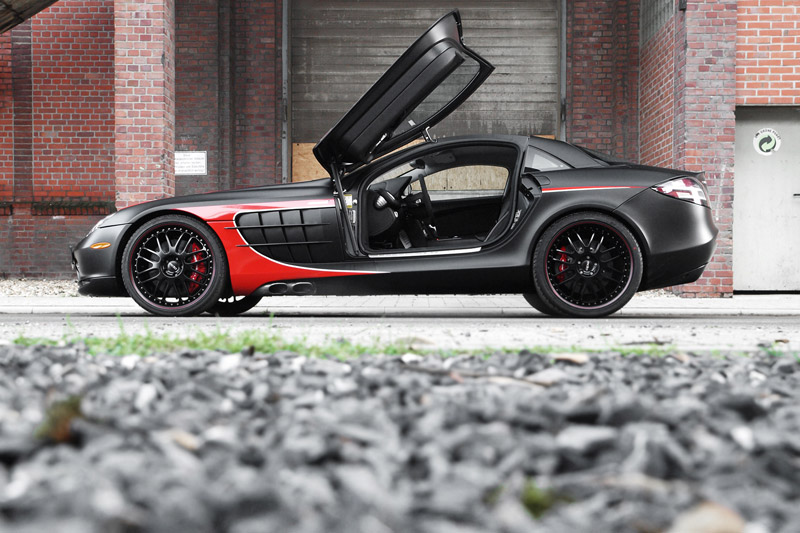 All modifications are carried out exclusively at edo competition Motorsport GmbH in Ahlen. 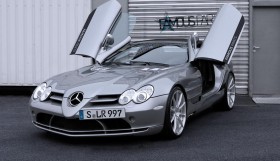 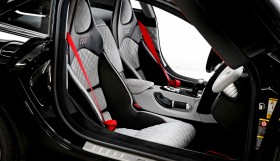 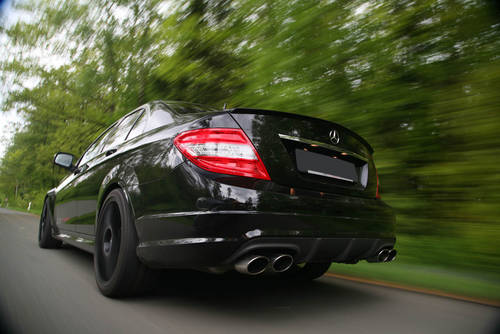 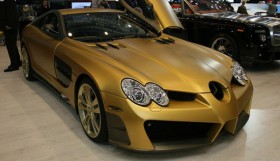