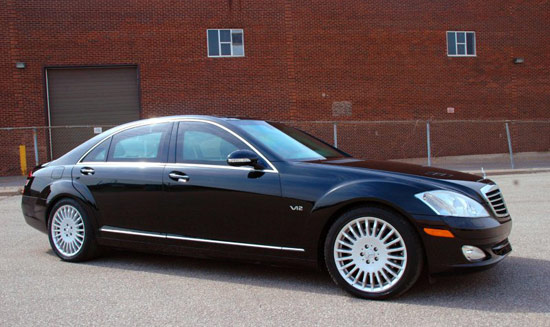 Six-hundred and forty horsepower. As enthusiasts, we tend to think of a car that packs that kind of heat in terms of how much trouble it can get us into. If you’re Chris Pecalevski, you tend to think of these things a bit differently.

“We’re in the business of protecting our clients,” explains Pecalevski, “and that means we have to be ready for anything.” Pecalevski is the Director of Business Development at INKAS Armored, a company known for building vehicles as safe secure as bank vaults … and bank vaults, actually.

INKAS began building armored vehicles in 1993, and the company’s unique material alloys and systematic approach to threat assessment quickly earned them an impressive client list, which includes numerous high-profile executives, celebrities, entertainers, European banks, and the US and Canadian militaries – and when INKAS applied their “total solution” approach to the security needs of private individuals, their reputation followed them. The results were well-engineered and almost totally invisible armored vehicles. Still, INKAS realized that, sometimes, the only way to win some fights is to walk away.

Enter RENNtech, and Hartmut Feyhl. “No matter how much armor you have,” explains Feyhl, “armor just buys you time to escape. You can’t just sit there waiting for the bad guys to run out of bullets – and a thousand pounds of armor doesn’t make it any easier to outrun the bad guys, either.”

Feyhl, who started RENNtech in 1989 after being named technical director of AMG North America, knows a thing or two about getting a big Mercedes out of its own way – and when INKAS’ attention turned to Mercedes’ S class (in this case, the S600) it seemed natural to involve RENNtech. 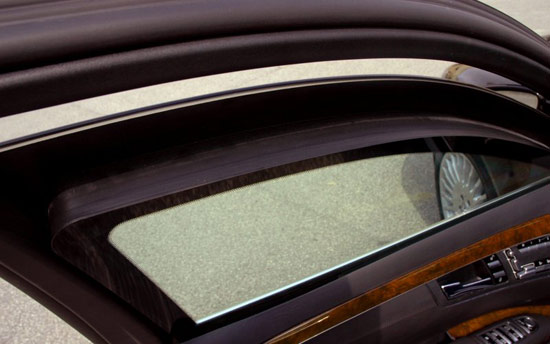 “We looked at the situation together, with the idea that, if you or your family are in danger, you really have only a few seconds to escape,” offers Feyhl, “any car could benefit from tuning in that situation, of course – but an armored car especially. It needs more power and better cooling to accelerate away from danger, and better brakes and suspension to handle that extra weight during cornering and defensive driving maneuvers.”

With that in mind, RENNtech took INKAS’ S600 and beefed up the brakes, employing RENNtech’s 15.2″ two-piece front and 14″ rear brake package, adding stainless steel-braided brake lines to improve feel and reduce fade. Under the hood, RENNtech’s ECU software, carbon-fiber airbox, and intercooler pump upgrades keep the temperature cool and the turbos on “boil”, building 640 hp and over 775 lb-ft of torque.

The result is impressive – and almost invisible. “You can not tell if you are looking at the vehicle from the outside, its when you open the doors you see the professionally finished INKAS Overlap System, but you’d have to really be looking” says Pecalevski. He’s right, too – there is almost no distortion in the glass, and none of the “Mister Magoo” magnification of other armored vehicles. “From ten feet, five feet and two feet away, it’s just another Benz – if you could ever really say that about a Mercedes.”

That kind of invisibility is important. Many of INKAS customers aren’t celebrities or dictators – mostly, they’re executives who just want to make it home to their families. The unfortunate truth is that, in big parts of the world – and even parts of the US and Canada – that’s sometimes easier said than done. In many parts of South America, Europe, and the Middle East, kidnapping is a real concern. “You can actually buy ‘kidnapping insurance’ when you travel now. Ask your agent.”

It should be noted that there are different levels of armor available as well, from lighter “street crime” packages that protect against handguns and small arms, to AK-47 and level IV that protects against Armor Piercing bullets treatment given to this Mercedes.

For security reasons, of course, performance figures aren’t being released. When pressed, Feyhl just smiles and says “It won’t be very easy to catch.” 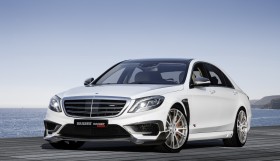 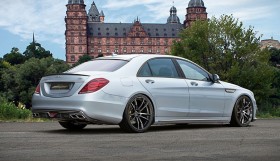 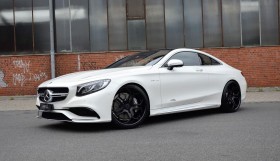 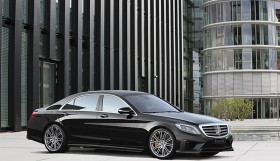