The last few years have seen a flood of 500 horsepower sedans almost pouring out of Germany from BMW, Audi, and Mercedes-Benz. Earlier this month, however, representatives from Mercedes and AMG announced that the “horsepower wars” were over, saying that outright power would no longer be the “main focus” for future sports sedans.

Apparently, no-one sent that “war over” memo to RENNTECH.

This morning, RENNTECH announced a new “stage 3” tune for the 2008 65 series AMG models, which makes use of what RENNTECH calls “next-generation ECU software” to get 695 hp and 890 lb-ft of torque from the AMG’s twin-turbo V12.

“Power will always be important to many customers, especially torque.” explains Hartmut Feyhl, RENNTECH’s president and ex technical director of AMG North America. “Our cars have always been able to make considerable torque, and have been praised in magazines for their drivability. Still, we are constantly trying to improve our product.” 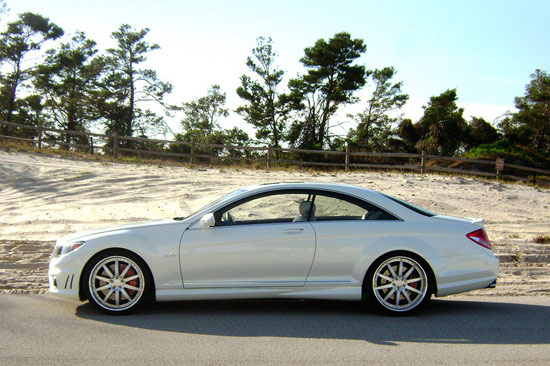 Commitment to constant improvement is one reason RENNTECH has become known as one of the world’s premier tuning firms, and America’s foremost authority on Mercedes-Benz. RENNTECH believes their new software will further cement that knowledge in the public mind. “We now have two in-house engineers that are doing software full-time, and others that work with the software on a part-time or contract basis. We are always looking for improvements. The latest software takes advantage of the increased power of the new engine computers, and offers a number of small improvements that add up to a big ‘overall’ improvement,” Feyhl explains. “It really is that ‘next-generation’ sort of product that is much more advanced than what we were capable of offering before. Compared to earlier versions, our new software gives customers more power and better drivability in a way that is more reliable, smoother power curve, and even improves emissions and gas mileage.”

In addition to the software upgrades, RENNTECH adds a larger intercooler pump and secondary heat exchanger, as well as a pair of carbon fiber airboxes to improve the flow of cool air into the big AMG’s V12. The intercooler system upgrades reduce air intake temperatures by more than 20 degrees, delivering more consistent power compared to stock and allowing RENNTECH to more safely increase boost throughout the rpm range.

RENNTECH’s stainless steel sport mufflers (also part of the new package) produce a deep, distinctive growl that is suitably aggressive for a high-end luxury car. Feyhl suggests that his mufflers “let the car sound the way it is supposed to sound.”

With almost 900 lb-ft of torque available from the engine, RENNTECH’s upgrades deliver a real, noticeable improvement in terms power and acceleration compared to the already impressive performance of the stock 65 series AMG cars. MSRP for RENNTECH’s new performance “PKG3” for 65 series AMG is $18,990 (plus installation). PKG365 is available for S65, CL65, and SL65 AMG. Contact RENNTECH for more. 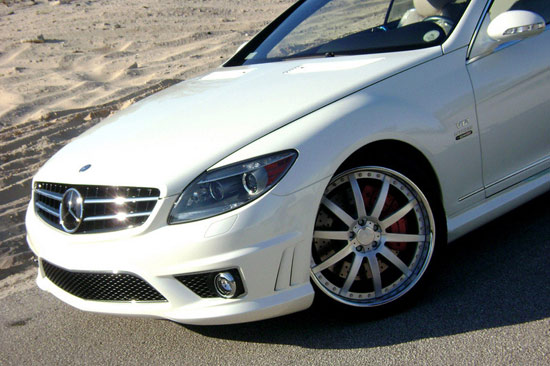