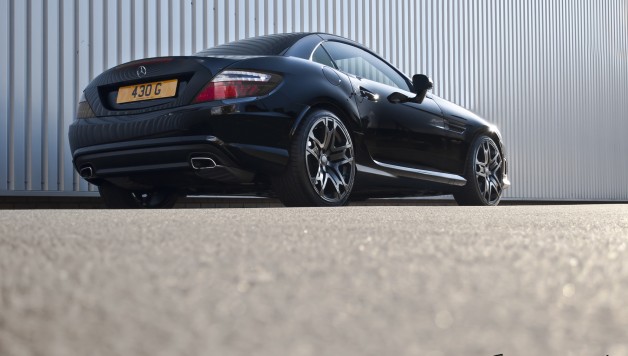 Having recently developed a sportier and aggressive version of the Mercedes ML 350, principal British Designer Afzal Kahn has now decided to turn his hand to the new blue efficiency AMG SLK 200 sport, in gleaming black with a matt black bonnet stripe – adding power, performance and a unique sense of motor supremacy exemplifying Afzal Kahn’s well-regarded aphorism: ‘the road is my catwalk’!

This Supreme vehicle also benefits from the Mercedes Benz approved Brabus engine with a powerful supercharged four-cylinder SLK 200 engine and a styling package which increases power output of the engine by about 30 hp / 22kW. Furthermore, Brabus have connected a plug-and-play auxiliary control module to the computer adding a further 26 hp. 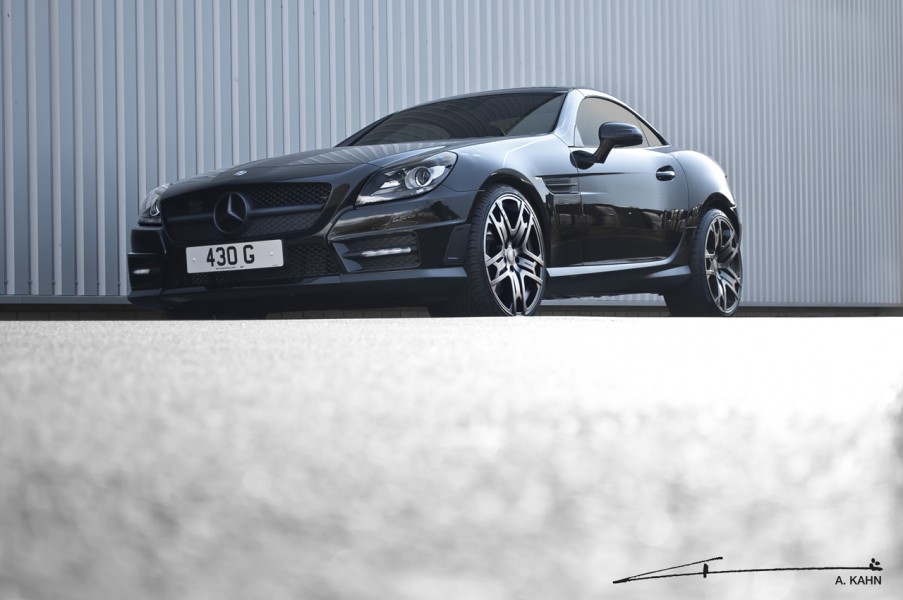 Inside this particular model is black and red quilted leather interior. However, we provide our customers with the opportunity to express one’s individuality. And they can have whatever they want. We could, for example, design for you a vehicle with an exterior the colour of your shirt and an interior the same shade of your living room, the choice is yours.

Project Kahn vehicles are for the individual who will not submit to a life of uniformity and who will only accept perfection. Dedicated to the creation of luxury bespoke vehicles, we redesign the ordered monotony of mass produced vehicles and rebuild them into individually tailored creations. 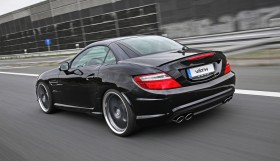 The R172 SLK 350 by VÄTH Automobiltechnik 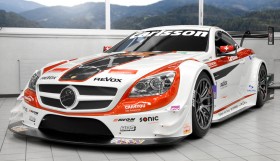 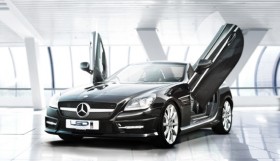 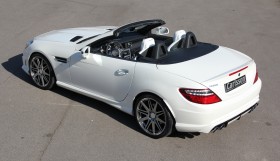