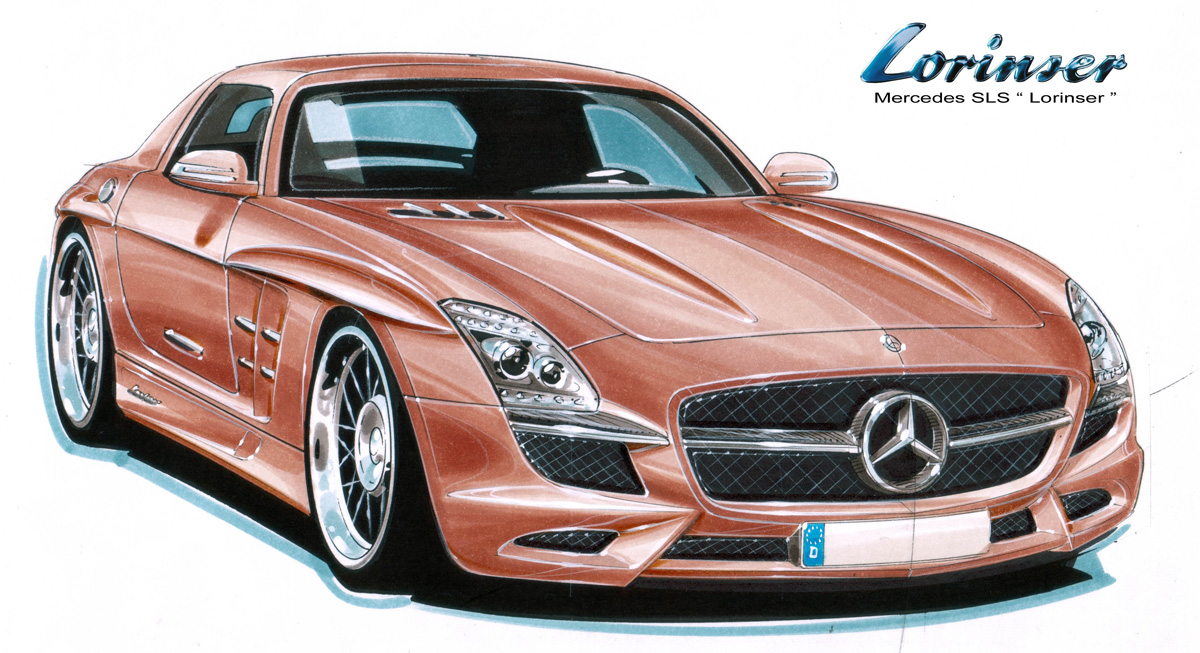 The legendary 300 SL Gullwing has thrilled generations and consequently has a regular space in Lorinser’s classic car collection. The designers of the Mercedes customer have now dedicated themselves to its successor, the SLS, which proved to be a show stopper at the IAA 2009 in just its series standard version.

The first Lorinser design of the exhibition star pays homage to the racing soul of the car, as the Gullwing was originally designed for motorsport with its numerous aluminium components. “If carbon fibres had been available then, the lightweight concept of the 300 SL would definitely have contained this material”, says CEO Marcus Lorinser.

As a result one of the designs shows the aggressive coolness of carbon fibre, which in selected areas contrasts with the red paint of the aluminium bodywork and the components: for example a carbon fibre element intersects the middle of the grill, in which there isn’t a Mercedes star, but the Lorinser family crest from the 15th century instead. A further stylistic element is provided by a spoiler bumper with a carbon insert, arch-shaped air inlet and double fog lights. The muscular sides, on the other hand, are partially shaped by the massive Lorinser side sills, which also adorn black inserts made of the fibre composite material. The air inlets which are drawn inwards and have black sports grills, gape over the sides onto the front fenders. The two chromed cross beams are thereby a homage to the 300 SL. The large wire spoke wheels cite a typical construction form from the 50s, although their design seems extremely modern. At the same time they are also the link to the second design. 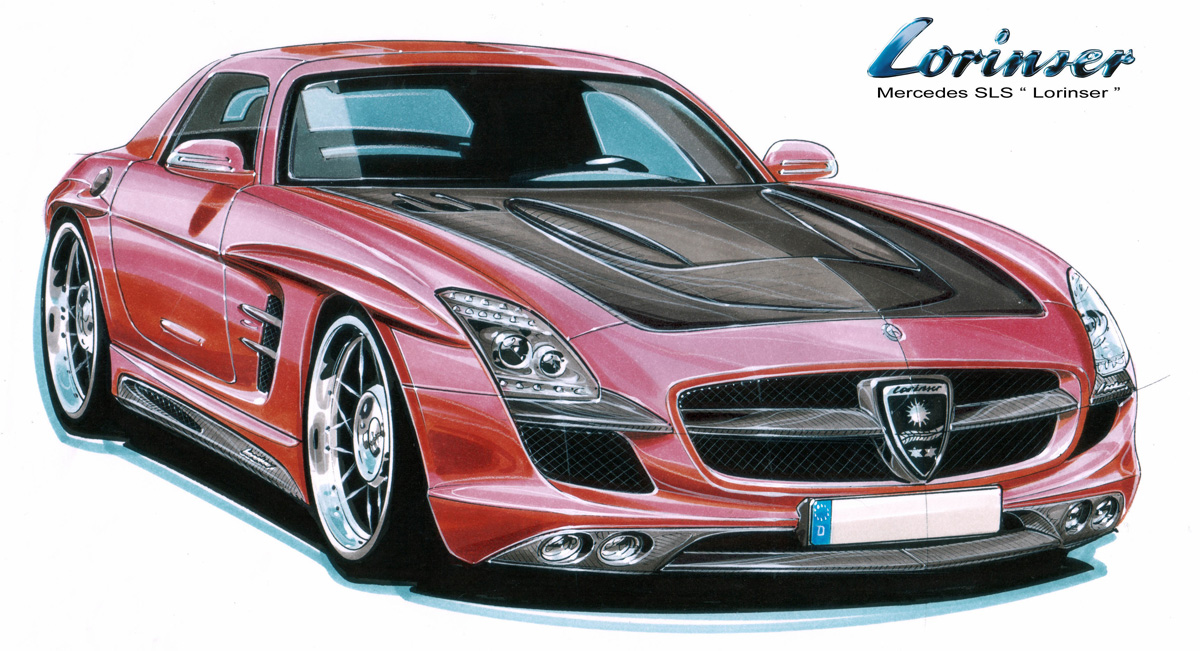 The second design pays tribute to the facets of the 300 SL, which reveal it as a sophisticated road sports car with an elegant front spoiler and a more sober grill design. In this study Lorinser also used one-piece side sills with air inlets. With their stronger segmentation the gills on the fenders are orientated more directly to the prototype, than the first design which was dedicated to the motorsport heritage oft the Gullwing.

Whether there will be a small-batch production of either of the two studies – and where applicable the final design – has not yet been decided. 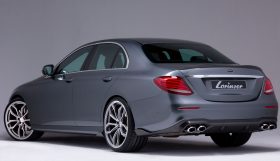 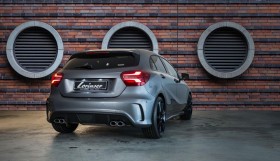 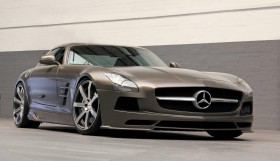