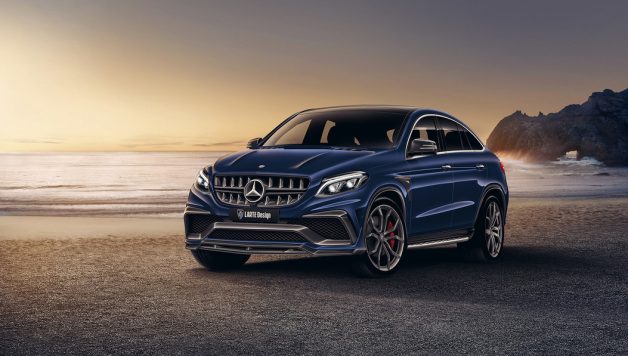 LARTE Design celebrates its 20th tuning kit with a real scoop! The new styling package for the
Mercedes-Benz GLE coupé impresses at first glance. Despite its size, the luxurious SUV exudes pure sportiness and perfectly underlines the driver’s significance. As a series car, which had been derived from the former M-Class, the GLE coupé premiered in 2015. Featuring an elegant and attractive design from the beginning, the very large SUV coupé only lacked some true sportiness. However, the LARTE crew members, having developed 19 stunning tuning kits for cars from Infiniti, Lexus, Toyota, Range Rover, Tesla, Maserati and Mercedes before, knew what to do. 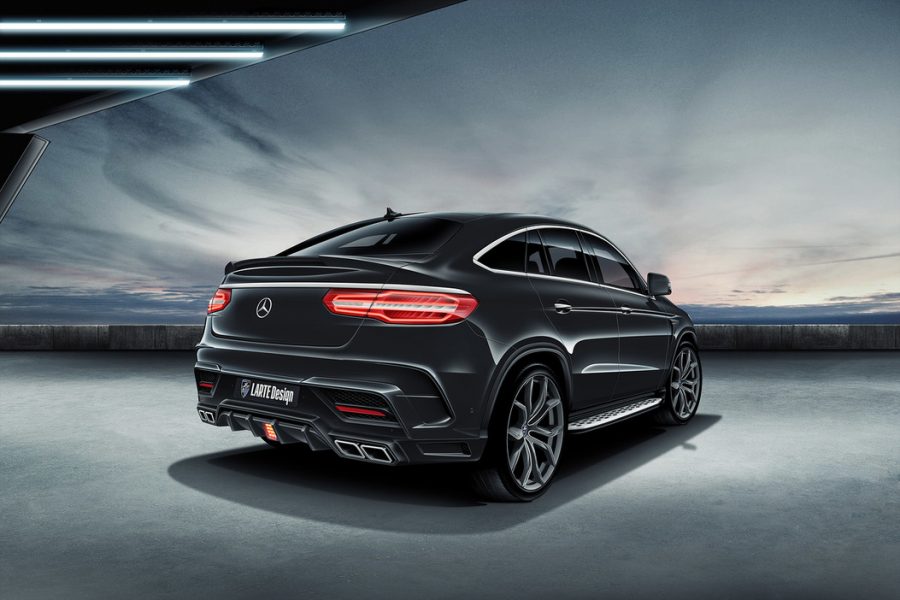 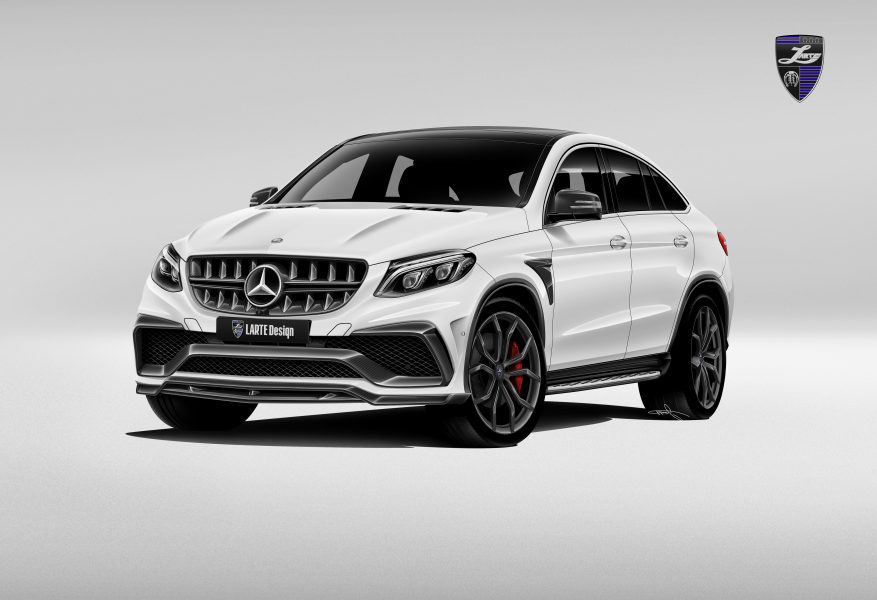 At the back, the exhaust fumes of the mighty engines vociferously escape the four trapezoid LARTE stainless steel tailpipes. Between the two pairs of exhaust pipes, an F1-style brake light and a carbon fiber diffusor display exclusive sportiness. The whole ensemble is embedded into a slightly modified and much more expressive rear bumper. An additional trunk lid spoiler, also made of carbon fiber, completes the picture of the GLE coupé being the sports car among SUVs. 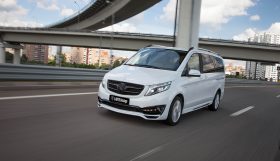 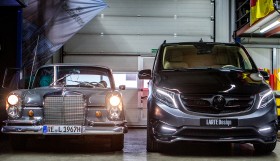