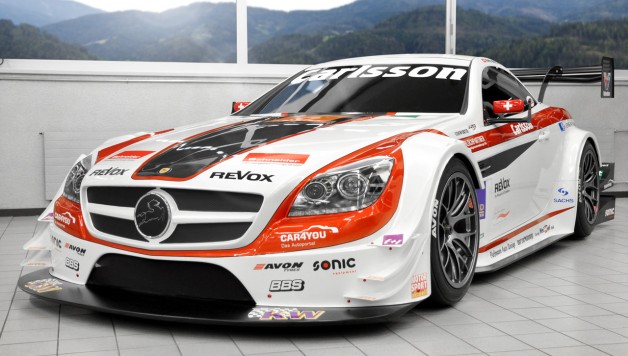 Until March 17, the tuning company Carlsson will be presenting its latest racing project at the Geneva Motor Show. The Carlsson SLK 340 celebrated its world premiere on the first press day. Media interest in this absolutely unique race car, developed with the most modern design and construction technology, was enormous. The SLK 340 will be entered in national and international hill climb races in Category E1. Reto Meisel and Martin Burmeister, plus their Swiss team Meisel Motorsport, are hitching their hopes of sporting success for the 190 EVO to this race car.

There has been enormous interest in racing driver Reto Meisel’s new car: motorsports journalists from Switzerland and abroad crowded into the premiere of the brand new Carlsson SLK 340 on the Carlsson stand at the Geneva Motor Show. “The premiere was a complete success”, said Carlsson’s Managing Director Mathias R. Albert. It was he, together with the project director Reto Meisel and moderator Jan Stecker, that put the hill climb race car into the limelight. 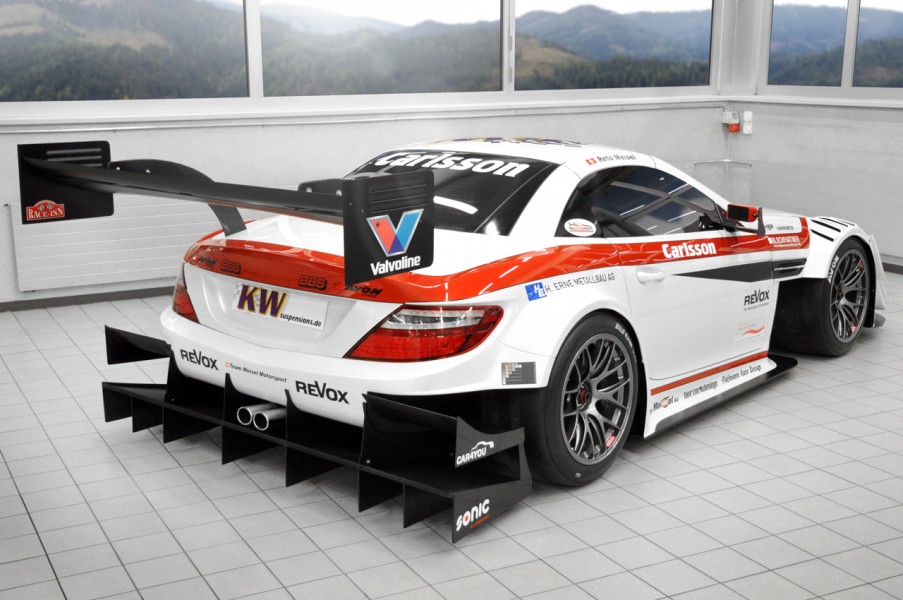 This newcomer to international motor sport has been extensively modified. The car has been newly constructed on a body shell, and the engineers have put it on an extensive weight loss diet. Thanks to the most modern materials, such as for instance an ultra-lightweight carbon body kit, the Carlsson SLK 340 tips the scales at a mere 780 kilograms. The aerodynamic parts provide the spectacular appearance and perfect downforce. The closed underbody is intended to optimize the aerodynamics of the hill climb car. Despite extensive changes, the SLK in its racing suit with its powerful rear wing looks extremely stylish.

The heart of the Carlsson SLK 340 is a 3.4 liter V8 engine producing 610 hp with a maximum torque of 430 newton meters. The racing team relies on a Hewland transmission with a paddle shift. A 3-way adjustable KW competition suspension ensures optimum road holding for the race car on BBS racing wheels (10×18 front, 13×18 rear) and AVON tires. 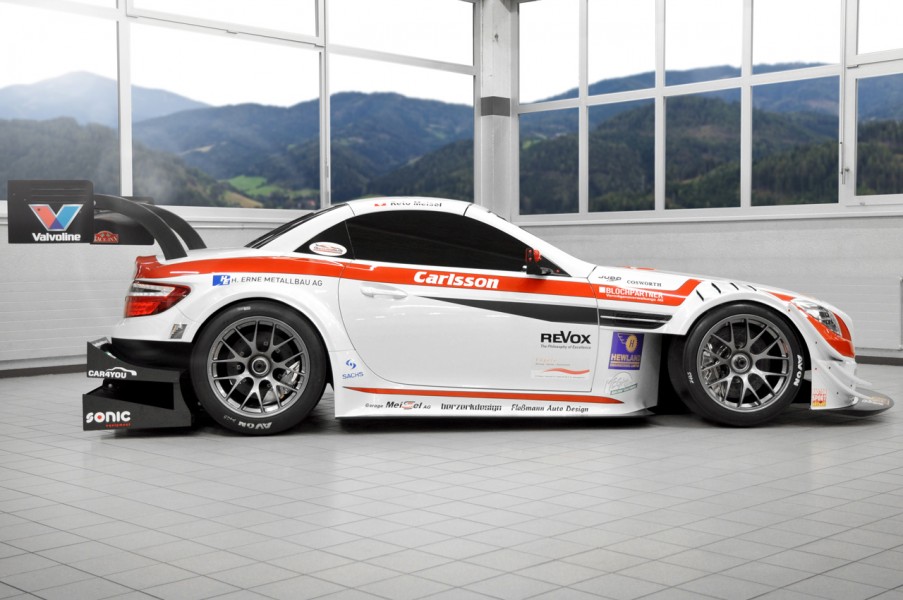 Ultra-lightweight materials in the brake system provide extra savings in weight. Carlsson racing seats ensure optimum lateral support. In accordance with the regulations, a complex safety cage has been installed which meets all relevant international requirements.

This unique vehicle represents a total of 1800 hours of work on its development. The designers are talking about a masterpiece. Team leader and driver Reto Meisel, successful in motor sport since 1989, is also proud: “There has never been a race touring car with such extreme performance data and technical highlights.”

Reto Meisel dominated the German Mountain Championship from 1999 to 2001, triumphed at the 2002 Swiss Mountain Coupe, and in 2007 and 2009 became German Touring Car Hill Climb Champion. The Swiss racer is now planning to take part in the legendary Pikes Peak race in Colorado, USA, driving the Carlsson SLK 340. “It will be an honor for us to compete internationally with the factory teams of Hyundai and Suzuki,” said Reto Meisel.

Further information can be found on the website www.carlsson.de 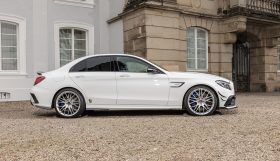 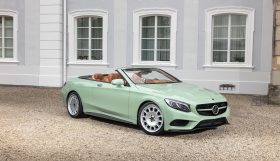 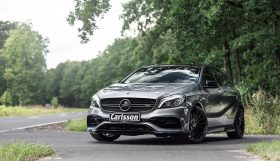 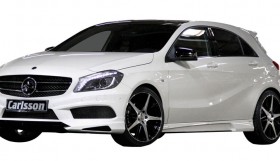